The Japanese seem to love them as is clear from the curve that they draw on the road to indicate the angle at which you make a turn to the right or left. Most roads are narrow and you can rest assured that by taking the turn exactly at that angle you will stay within your lane no matter how big your vehicle.

Even the randomly placed rocks at a zen garden have a certain aesthetic appeal to it. Apparently, the rocks at Ryoanji have been so arranged that viewed from any angle only 14 out of the 15 rocks are visible at a time. 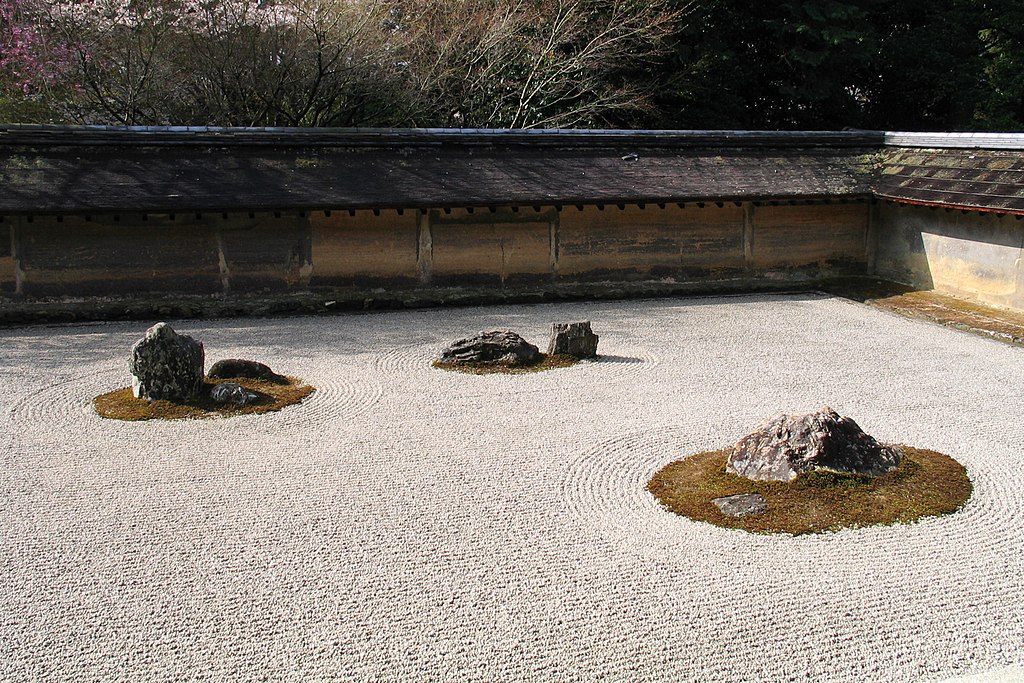 The Japanese tea ceremony is another instance where you turn your tea cup at a particular angle, lift it and transfer it to another hand in a particular way. There is a certain way the teapot is held and tea is poured. So Zen..so neat!

Even Japan’s funkiest architecture seem well thought out – with clean lines and angles. Nothing ever seems out of place in Japan to the point where you begin to think the Japanese have some kind of “obsessive compulsive disorder” :-).

View all posts by yasashiijapanese